When Being a “Man For and With Others” Means Being Alone: My Experience with Covid 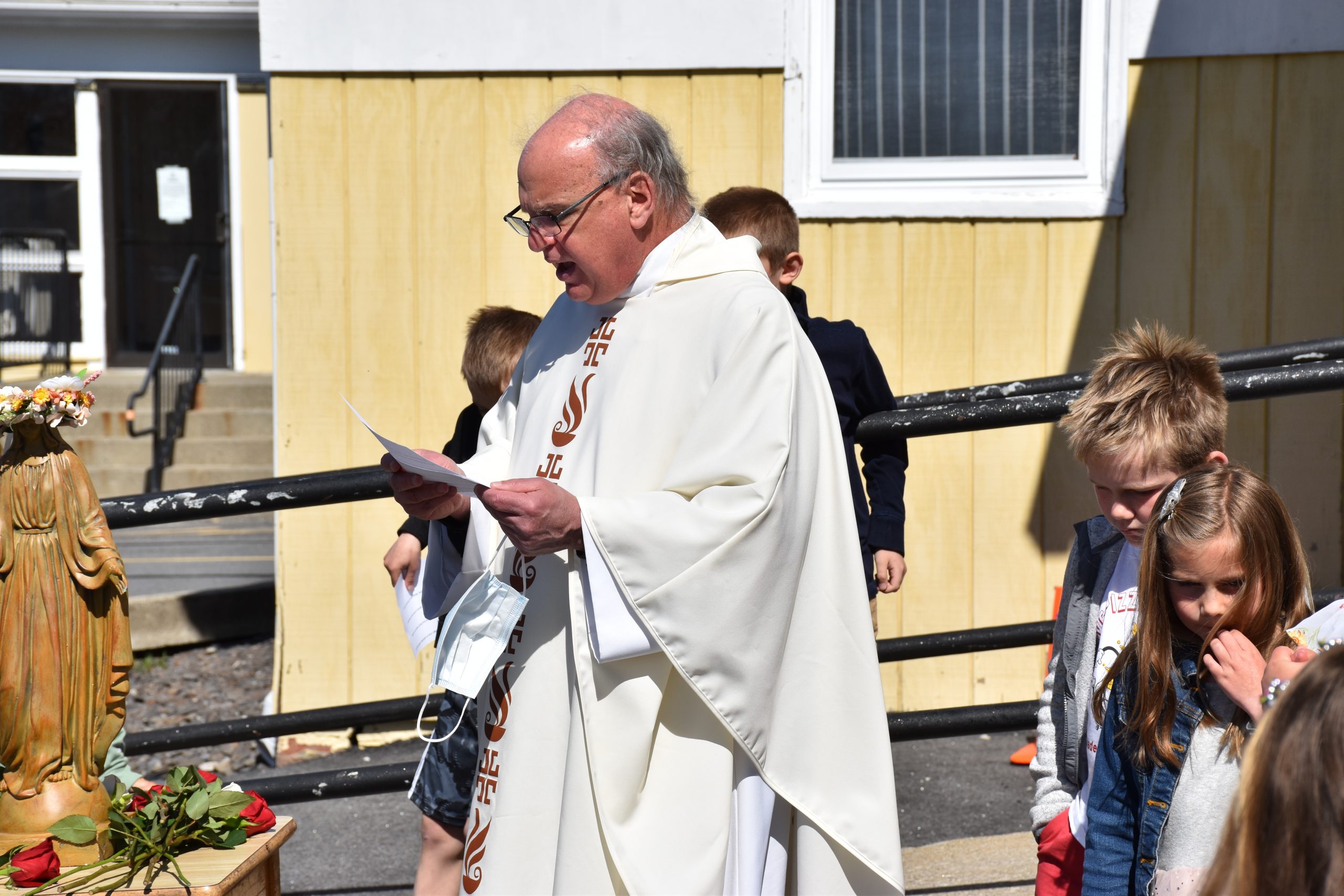 A few weeks ago, one of the Jesuits in the community tested positive for Covid-19. I followed protocol and immediately conducted a rapid test on myself. I was not surprised to find a negative result for that test as I felt quite good. I was relieved that my busy week would not be interrupted. Our protocol calls for a second test to be administered on the third day after a community member tests positive. This test, on a Sunday morning, came back positive.

Now, I was not the one to help others – I was the one in need of help. Fr. Paul rearranged his schedule to cover all three Masses on that Sunday, preside at the scheduled funeral on Monday, and filled in at some Masses in nursing home facilities in the parish. I was grateful for the help. However, I found the experience taught me something about “being with and for others” .

The phrase “with and for others” has evolved from a speech given by Superior General Pedro Arrupe, S.J., to Jesuit Alumni in Valencia Spain in 1973. The idea of service evoked by the phrase describes the paramount objective of Jesuit education. Since then, the phrase has evolved to “men and women for and with others.”

I experienced some mild symptoms on Sunday, Monday, and Tuesday. I knew that I was sick and that quarantine was the best for everyone. On Wednesday, I was feeling much better and felt ready to get back to work. Thursday was to be the last day of quarantine – followed by a few days of regular activities with a mask. I had a regular doctor’s appointment scheduled for Friday, my mother was scheduled to visit here with a friend and I had several weekend liturgies. I tested positive on Thursday – which caused my Dr appointment to be canceled. I tested positive on Friday which postponed my Mom’s visit. Fr. Paul began to make contingency plans for the weekend liturgy – a Communion service as no priest would be available to say Mass. Fortunately, I tested negative on Saturday. We still took precautions – I wore a mask throughout the liturgy, increased the distance between me and the altar servers, did not distribute Communion, and Deacon John presided at the scheduled baptism.

To be with and for others means to have the others’ best interest at heart. It would have been easy to say “I’m feeling great” and to return to normal activity without a second thought. While I would be with others, I would not be with them in their best interest. Instead, my being with and for others meant some distance – time alone in quarantine and distance in the ministry. It meant asking for help and receiving help, a change from being the one who gives help.